What do you do when your friend wants to propose to his girlfriend on the same day as you? Imagine calling your friend to inform him about your plans to propose to your girlfriend and confirm that he would be in attendance only for him to say that’s the same day I want to propose to my Babe.

Well….that was the situation with our client. Guess what we did? Turned it into a double surprise proposal.
You’re probably asking… how we pulled it off.
You will have to find out in the next post.

With every Proposal, the major challenge is to give the element of surprise and have her camera/picture ready ( can be difficult convincing a lady to get her hair and makeup done if she only does once in a while)
Back to how we executed.

Let me start with the first Proposal.

We decided to do a complete surprise. Her fiancee told her of a scheduled business meeting (who no like money) and that some of his friends would be in attendance (friends that discuss business are always a PLUS).

Let me digress a little, during the planning period, she picked up in her Spirit that her man would propose soon (fear Spiritual sisters) so she asked him but he told her there’s no proposal (as per what’s the point when we already know we want to get married *hehe*).

Fast forward to D-Day.
Proposal will not be upon arrival (due to some things) which means set up would be somewhere in between the meeting.
Business meeting started and she excused herself to use the restroom (PERFECT TIMING). Quickly set up the place (had her fiancee distract her outside), switched off the light, put on the music and Ta da!! Off on one knee proposing to the love of your life.

She was so shocked that she also went on her knees (excitement level was off the charts). Mission accomplished!
Of course she said YES!

One down, Another to go.

The second one was a bit tricky (she has said he couldn’t surprise her with a proposal because she would know when it’s coming). We needed her friend to be present for this one without her being suspicious.
She was told about the other proposal which explains why she would be present and also dressed for the occasion (you need to rep wella and be picture ready).
Thankfully, there was a perfectly normal reason why she would have her friend present without suspicions. After the first Proposal with everyone enjoying their ‘meeting’ and meal, the second Proposalhappened.
She said Yes!!!

We are so happy to create these special memories. Cheers to a happy married life. 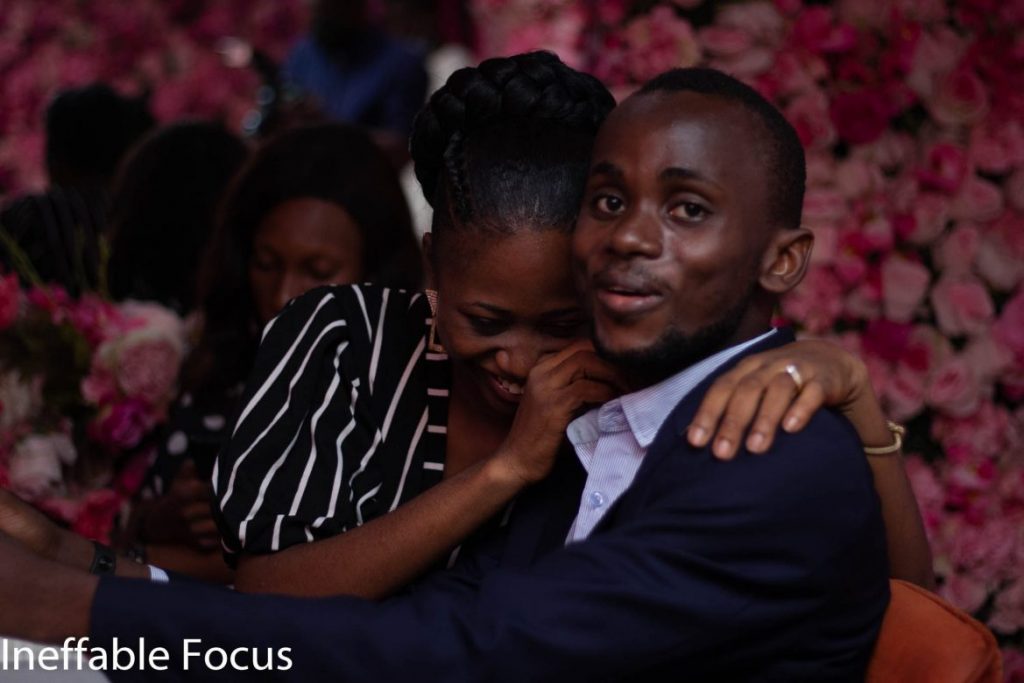