Its another wedding series and we are excited to share with you how traditional weddings are done in Yoruba land.

As you know, Yoruba is one of the 3 major tribes in Nigeria and they have a very rich and vibrant culture. One of the ways this culture is expressed is in how their marriages are conducted.

Eager to know? Then stay tuned with me.

Traditional Yoruba weddings are usually called engagements or “IGBEYAWO” in Yoruba and most families have it a day or two before the white wedding ceremony. We have seen a lot of couples opt for both their engagement and white wedding on the same day. The bride’s family is usually responsible for covering all the ceremony costs and feeding though many families now split the cost.

The marriage ceremony is anchored by representatives from both family sides. They are usually hired as there are professionals that do this.

How it is started

In a Yoruba traditional wedding, the groom’s family have to dance in to meet their in-law (Bride’s family) who are already seated. The entrance is usually lead by the parents of the groom and the elders with songs from the Live band or the Alaga Iduro’s entourage. The Alaga Iduro meets them at the gate or hall entrance in company of the housewives and asks the groom’s family the reason for coming. They state their reason and pay an entrance fee and they are granted entry.

The Alaga Ijoko introduces the groom’s family to the bride’s family. Pleasantries are exchanged and they are seated opposite each other.

Once seated, the Alaga Iduro presents the proposal letter to the Alaga Ijoko on behalf of the groom’s family. This letter is read out loud by a younger female representative of the bride’s family, such as the younger sister or cousin. An acceptance letter is then presented to the groom’s family and prayers are said.

After the prayers and music, the groom dances in with some of his friends heads directly to his in-laws, and he prostrates a total of four times. The first two times, he prostrates for his new in-laws with his friends, then he prostrating before them alone the third time. During this time, both families stretch out their arms to pray for him. He has acted like a responsible and well trained man. He then proceeds to prostrate before his family before taking his seat. At different intervals, he and his friends would be required to pay for different things during this period. The total number of contribution and amount varies from Alaga to Alaga.

This is what we have been waiting for. The bride veiled is ushered in in company with her friends (Ore iyawo) or Aso ebi ladies. At this point, it is compulsory for her to dance and show her excitement (some brides prefer the Alaga, Live band or DJ to play at this time). She goes to kneel before her parents who prays for her, she goes to the groom’s parents and they also pray for her before she is unveiled.

She then proceeds to join her husband where he is seated, kneels before him and prayers are said for both of them. The groom then gives her a stash of money, carries her for all to see. After this, she wears his cap (fila) on his head which signifies her acceptance of his proposal.

Once the couple is seated, the Alaga Ijoko then asks the bride to select one of the many engagement gifts (Eru iyawo) brought by the groom’s family.  The Eru Iyawo usually contains lots of items specifically requested by the bride’s family and each item has its significance. The bride is expected to select the Bible from the Eru Iyawo. This Bible will have her engagement ring attached to it. She proudly displays her selection and hands the engagement ring to her husband. He places on her finger for her to display happily to everyone. The groom’s family also present the bride price and fees requested to the family of their new wife

CUTTING OF THE CAKE

There’s no Yoruba traditional wedding without the Engagement cake. The cake design varies due to individual preferences but is usually crafted to depict elements of the Yoruba culture like talking drum, calabash, Bible, Couple topper in traditional outfits, vibrant colors.

The cutting of this cake and sharing of the cake between  the bride and groom is a pretty important step in the wedding . After cutting the cake, the bride’s family formally hand over their daughter to the groom’s father in the presence of everyone. Finally, the groom’s family come out as a group to thank their in-laws for giving out their daughter before the final prayers are said and the celebrations begin.

There is no Yoruba traditional wedding without proper Gbedu (music). It is time to rock and roll. For couples with a second outfit, they go to change and the reception program starts fully.

If you want a very detailed checklist you can use to plan your wedding, purchase our printable wedding planner here. You can also browse stunning photos of Yoruba Traditional wedding brides and grooms in our Photo Gallery. 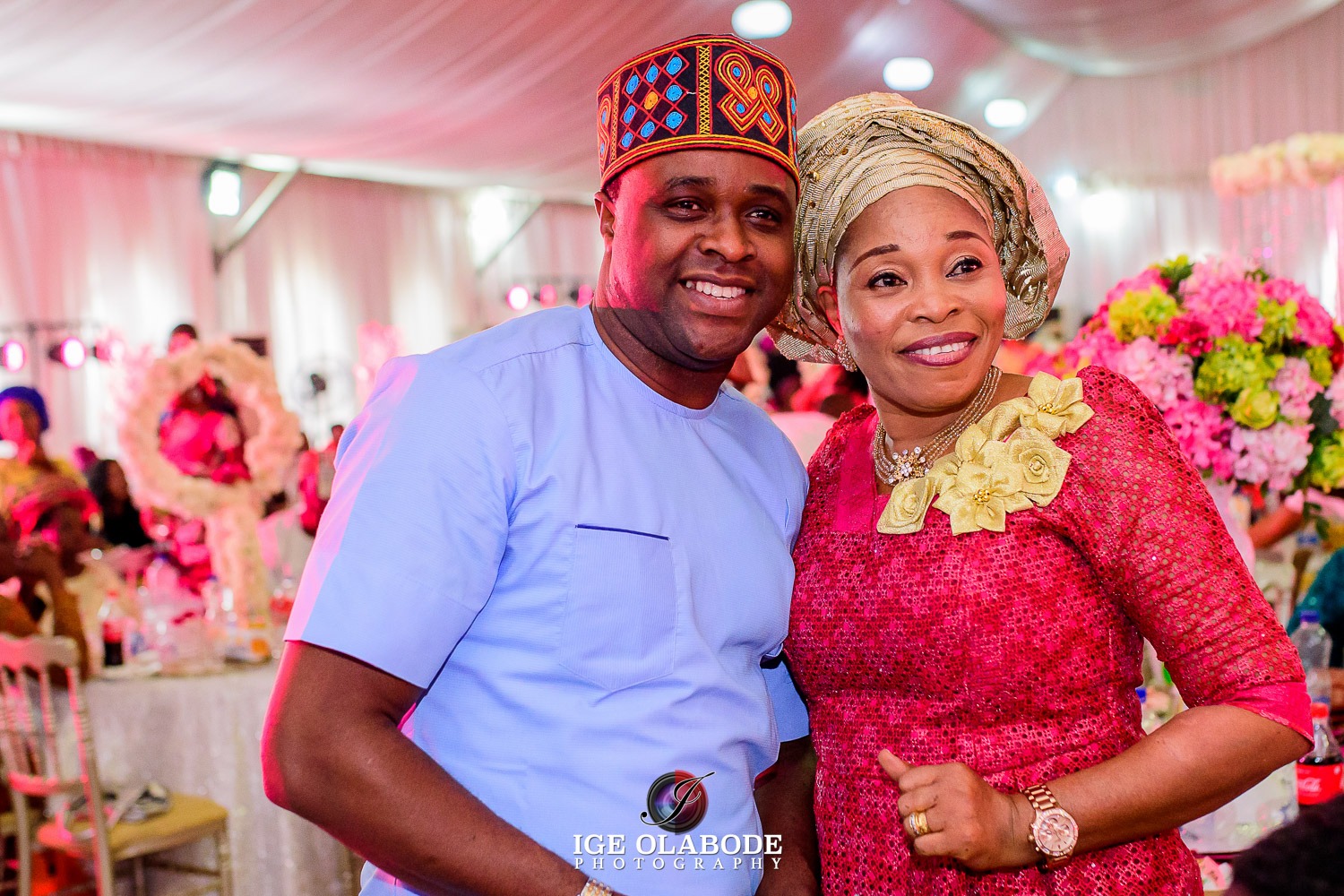 Are you having an event soon? You should subscribe to our newsletter to get tips on planning and managing an exceptional event.

No thanks, I don't want help!